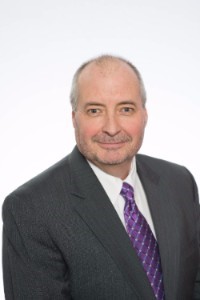 After an extensive national search led by our Board of Directors Executive Committee, we are pleased to announce that Mr. Ken MacKenzie has been selected as Executive Director of the Urban Drainage and Flood Control District.
With over 20 years of service to the District, MacKenzie has the unique experience of serving in multiple programs and in a variety of roles; steadily promoted through the ranks from Student Intern to Project Engineer to Program Manager, before landing his final role as Executive Director. He has led legislative and regulatory pursuits both statewide and on a national level; been recognized nationally as a leader in stormwater; provided a key role in the development of criteria and software for the region; and has contributed greatly to the success of many UDFCD projects.
As Executive Director, MacKenzie leads the District in carrying out its mission to protect people, property, and the environment by advocating for public safety, utilizing public funds responsibly, being a steward of watersheds and streams, supporting local governments, and advancing the practice.
The District would like to thank the Executive Committee – led by Mayor Joyce Downing – for their diligent work and steadfast commitment to this effort. Please join us in congratulating Mr. Ken MacKenzie as he leads us into the next exciting chapter of UDFCD’s history.